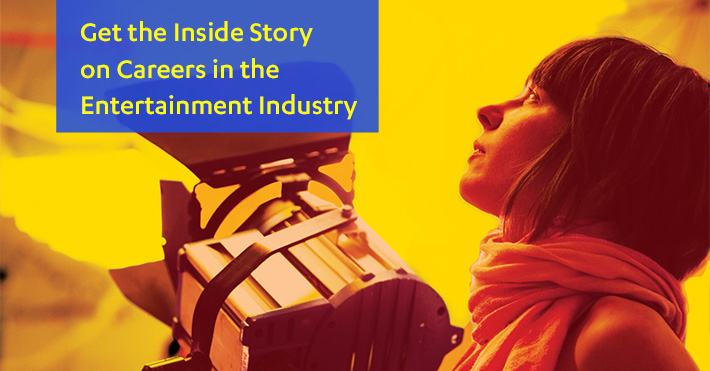 The entertainment industry is a notoriously difficult business to break into. It’s full of extremely talented, competitive, and hardworking individuals, making distinguishing yourself a challenge. Recently, we spoke with two graduates of UCLA Extension’s renowned Entertainment Studies program. Now with successful careers of their own, in directing and music composition, they shared the trajectory of their careers and advice for people looking to start working in the industry.

UK-born director Kate Rees Davies’ passion for film has taken her all over the world. She studied acting at Sydney’s prestigious National Institute of Dramatic Art and has directed films that premiered at the Cannes Film Festival. Davies got her start in directing while out on an audition. She was asked if she would like to direct the commercial she was auditioning for and, though she had no directing experience, she jumped at the chance. She fell in love with the work and later attended UCLA Extension to study directing.

“I have gotten to be where I am in my field through belief in myself, sheer passion for my craft, and hard work,” Davies explains. She also says that “networking like mad” has helped.

Davies has great advice for someone looking to start a career in directing.

“Shoot as much content as you can with a good group of people who are likeminded,” she says. “Watch great movies often. If you love what you do, it will love you back.”

Another thing that really helped Davies further her career is the education she received at UCLA Extension.

“Having UCLA Extension on my résumé has opened doors for me,” Davies says. “I scored an exclusive interview with Academy Award-winning writer Eric Roth at the Academy, because I was a UCLA Alumni. Eric is a former student at the school.”

Like anyone getting their start in a competitive industry, Davies’ career has not been without challenges. One difficult job Davies recalls involved directing a small-budget feature film in just five days.

Watch great movies often. If you love what you do, it will love you back.

“I overcame it by planning all my shots and knowing exactly what I wanted before I set foot on set,” she says. “Having an amazing first AD also helped.”

At the end of the day, Davies has a satisfying job that she loves.

“I get to create worlds that can affect my audience on many different levels,” Davies comments. “I also get to play with the latest technology and work with some amazing, talented people.”

Composing for Video Games and TV 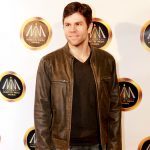 Jeff Broadbent has made a name for himself composing music for video games, television programs, trailers, and films. He has won multiple Hollywood Music in Media Awards and Global Music Awards. His work includes music for the video games Transformers: Dark of the Moon, Expendables 2, and Teenage Mutant Ninja Turtles, and promo music for Marvel Agents of Shield, NCIS, and Hawaii Five-O.

Broadbent attributes his success as a composer in part to natural affinity for music and to his education, including time he spent at UCLA Extension.

“At UCLA Extension I had several great teachers that were of help,” Broadbend says. “In particular, Lennie Moore, the teacher for the video game course, got me very interested in video game scoring, and taught essential techniques that I use almost every day in composing. The courses in film scoring were also very helpful, in that the students learn to compose for live musicians, prepare the sheet music correctly, and learn the overview of the film scoring process.”

Other things Broadbent notes have helped make him successful are approaching his career with a goal-oriented, business-driven mindset, and having the help of many people—parents, teachers, and mentors—along the way.

“First off, understand that this is a freelance business. This means the composer must find new clients, market himself, look for work, have the needed equipment to do a quality job, etc. It is literally building your own business. I read many books on freelance business, which were of great help. I’ve found that many aspiring musicians will have the musical skills, yet lack in the sense of business and understanding exactly what they need to do to build a career. An aspiring film scoring student would be wise to read up on business practices and implement them.”

One of the biggest challenges for someone who wants to have a career composing for the entertainment industry can be getting started in the business.

“It can be daunting when you are recently graduated and have to build a sustainable freelance business,” Broadbent explains. “I overcame this with education, being very specific about what my goals were, and then making sure every day I only spent time in the activities that would lead to these goals. Learning to be very diligent in reaching out to as many potential companies as possible to offer composing services, attending trade shows to meet people, constantly following up with people you’ve met, and marketing yourself to as many companies as possible are all a part of this. One has to be very disciplined in identifying the key tasks that will lead to goal attainment, and then only spending time on these tasks.”