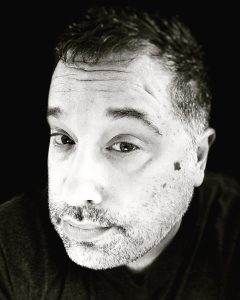 Say hello to new Entertainment Studies instructor Michael Green! Michael will be teaching The Language of Filmmaking online this winter. He has taught film studies and screenwriting at the university level for a decade. His writing on film has appeared in numerous publications including Film International, Senses of Cinema, Bright Lights Film Journal, and The Journal of Film and Video, among others. He is also the co-editor of Race in American Film: Voices and Visions that Shaped a Nation, which Library Journal named a Best Reference work of 2017.

We sat down with Michael and asked him 5 questions to get to know more about him and his course.

What about teaching for Entertainment Studies are you most looking forward to?
Teaching film studies for UCLA is a big deal for me! Obviously, it’s long been one of the best and most prestigious universities for film, one I’ve admired from afar my whole life. I’m honored and humbled to uphold the legacy of quality and excellence.

What do you hope students get out of your course?
The same thing I always hope my students get: enlightenment. We are all steeped in visual entertainment – movies, TV, games, YouTube – but most of us are passive consumers. I want my students to become visually literate, to have a much enhanced understanding of how visual media works and is put together, so they can better appreciate what they watch and bring more critical awareness to it.

What is one thing you want students to know before they begin your class?
I don’t subscribe to the traditional notion of “great films” or “great directors,” which is subjective, and which has historically not been inclusive, privileging white, straight, male, Western directors and stories. The AFI Hundred Greatest Films, for example, features mostly these kinds of films, and ignores large swaths of U.S. film history. In this course, we will analyze films by a diverse array of filmmakers including Spike Lee, Alejandro González Iñárritu, Todd Haynes, George Miller, Nia DaCosta, and Patty Jenkins.

What are you watching or listening to these days that you are enjoying?
Just finished Season 2 of Succession on HBO, which was ridiculously entertaining. A recent film I watched was Olivia Wilde’s Booksmart, which I thought was good enough to enter the pantheon of classic high school movies.

What’s the best piece of advice you would give to someone aspiring to break into your field?
There aren’t a lot of jobs teaching film studies full time anymore – most places want people to teach film production because it’s “practical.” In general, the road to a career as a scholar in the Humanities is much tougher than it used to be. Our society doesn’t value knowledge for knowledge’s sake the way it once did. Only head down that path if you really love it, and if you’re prepared to do the hard work to make yourself very competitive. 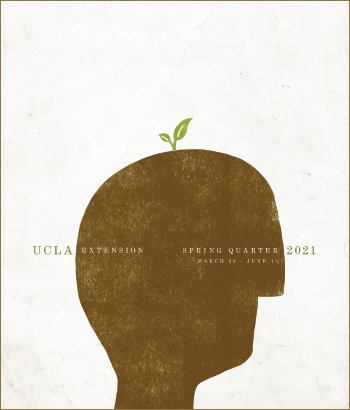 Click the catalog image above to view all courses offered in the Entertainment Studies program!

To view a digital version of the course catalog, click here. Course titles are hyperlinked.