UCLA Extension’s Entertainment Studies program would like to congratulate our
UCLAxFilmFest 2022 Official Selections!

Horseback
Written & Directed by Shu Ya
Produced by Yi Cheng*

Oh No A Computer!
Written, Directed & Produced by Gordon Schaye*

Awards will be presented in the following categories:

The winner of each award will receive free enrollment for any one (1) UCLA Extension class in any department. The winner of “Best Film” may use their one (1) free enrollment toward the Independent Study program where the winner will have the opportunity to work on his or her own film projects under the mentorship of a UCLA Extension instructor. The six winners will also receive free Final Draft software from our sponsor, Final Draft, free Artemis Pro & Helio Pro Aps from our sponsor, Chemical Wedding, free Movie Magic Budgeting Software from our sponsor, Entertainment Partners, and a popcorn maker, a Nordace Backpack, Sony headphones, and a 4K Camera Drone from our sponsors, FOX Entertainment. 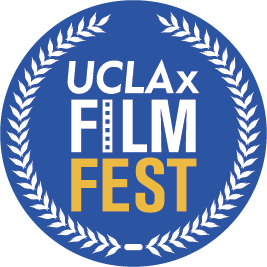 Congratulations to the winning 2021 films and filmmakers!

Best Cinematography:
Joann Wong for A Poem from YiQing

Thank you to our UCLAxFilmFest Prize sponsors for 2021. In 2021, Final Draft awarded all seven winners with the latest Final Draft Screenwriting Software. Our sponsor, Chemical Wedding awarded their film director’s viewfinder app, Artemis Pro, and their cinematographer’s light simulation/sun tracking app, Helios Pro to all winners. Fox Entertainment sent all seven winners a 4K Drone Camera and provided one winner per award with the opportunity to participate in a single-day set visit to one of their broadcast productions .